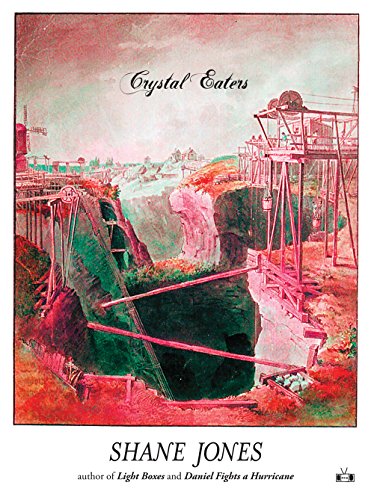 In his newest novel, Jones (Light Boxes) recreates a mythical and hallucinatory experience of a family fighting mortality. Remy’s dog has just died, her village is being supernaturally consumed by the nearby city, and her mother’s crystal count is quickly diminishing. In the universe Remy lives in, crystals determine how much life a person has left. Each person is born with 100 crystals inside of him or her; the crystals are depleted over time, and when there are no more, the person dies. Crystals can be excavated from the ground, but such crystals are allegedly only good for generating electricity. Remy refuses to believe that a person’s crystal count cannot be replenished to extend life, and so she decides to search for “black crystals,” which, according to myth, give eternal life. She doesn’t know that her brother, Pants, has found black crystals. He has given one to their mother, who is dying, without explaining its use and consumes them secretly himself. While both siblings fight for their mother’s life, their father believes her death is inevitable. Jones’s main idea is simple: “If you are remembered forever, you live forever.” But, ultimately, undeveloped characters, excessive ungrounded tangents, and general disorganization obscure a lovely premise. (June)
close
Details