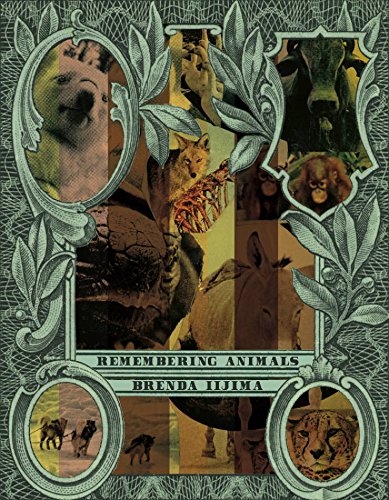 Iijima (Early Linoleum) weaves biology, taxonomy, and eugenics with news reports, philosophy, and satire in a powerfully dissonant text that is concerned with inter- and intra-species barbarity. She investigates the different connotations of violence—including war, where "one man's safety is another man's living hell," and slavery as well as more subtle aggressions, as in a society where "health is an elite status [reserved for the rich]." The central issue here, however, is violence against animals: selective breeding, captivity, factory farming, endangerment, and extinction. A dismal section in the voice of a dairy cow concludes "brides coat their lips with our hooves." These forms of violence constantly intersect, as humans treat each other like animals and animals are used by humans to oppress other humans. Visual elements—pictures, computer icons, and jarring typographical shifts—heighten the discord and quicken the pace, and quotations bring such disparate voices as those of Assata Shakur to George W. Bush into the conversation. Some of Iijima's language is pure political rhetoric, a call to "repudiate capital" and "eradicate the industrial, military, prison, complex," but the shrill tone is part of the point. This is meant to be a visceral, even unpleasant read, and Iijima delivers a stirring and uncomfortable truth: "we once were animals and now we are animals." (May)
close
Details