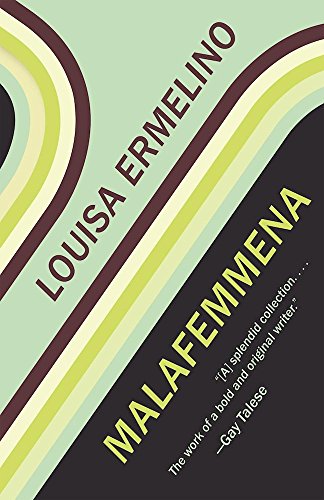 Ermelino (The Black Madonna), reviews director at PW, offers a collection of arresting short stories that call to mind the work of Lucia Berlin in their sparse realism and humor, as well as their fine attention to the often-harsh details of women’s lives. “Where It Belongs,” in which old-world Italian traditions surrounding childbirth and death frame a stark portrait of a young woman’s life rocked by the violence of men, is a fitting opening story for a volume titled after the popular Italian song that speaks of a woman loved, hated, and regarded as less than virtuous. In the haunting “Six and Five,” Santino marries because he wants “the good things in life” and to have sex “regular,” but the girl isn’t from the neighborhood, and just enough is revealed to let us know that Santino’s choice is a disappointment to him. In “The Baby,” a decades-spanning story involving Robin and Christina, a pair of close friends, there’s a pregnancy, a sojourn in countries where their foreignness is palpable, and the sense that there is often a truth in memory, and in the telling of stories, that feels truer than what happened. Birth and death, love and friendship, drugs and violence, home and abroad: the stories’ themes are elemental and affecting, lingering in the mind like parables or myths sketching something vital, sad, and true. (Aug.)
close
Details