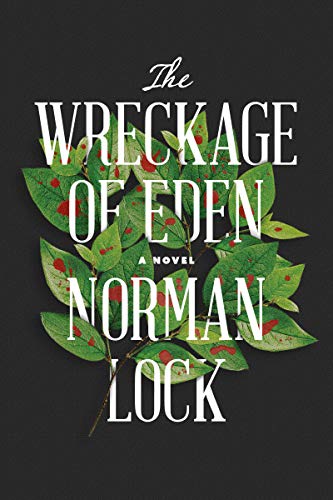 The Wreckage of Eden

In the fifth installment of his American Novels series, Lock (A Fugitive in Walden Woods) imagines the relationship between a fictional U.S. Army chaplain and Emily Dickinson. Chaplain Robert Winter, by his own admission, was rarely alone with Emily. He met her as she was sitting outside and studying botany in Amherst, Mass., and was immediately struck by the young woman’s wit, insight, and intelligence. Though Robert’s feelings quickly turn romantic, Emily rejects his advances and continues her life of isolation and poetry. Robert, meanwhile, goes on to serve as a chaplain in the Mexican War and the Mormon Rebellion, his faith crumbling as he witnesses unthinkable atrocities. After the war he marries and has a child, then briefly befriends Abraham Lincoln. But no matter how far he travels, his mind is never far from Amherst and Emily. Lock’s prose is ethereal but never overwrought (of war, he writes: “gray earth, gray skies, gray bread, gray smoke, gray snow, a hacking cough, musket fire, a fearsome noise like a twig’s snapping, which might have been caused by a bushwhacker or a femur shattered by a minie ball”). The lively passages of Emily’s letters are so evocative of her poetry that it becomes easy to see why Robert finds her so captivating. The book also expands and deepens themes of moral hypocrisy around racism and slavery from the previous novel. Lyrically written but unafraid of the ugliness of the time, Lock’s thought-provoking series continues to impress. (June)
close
Details