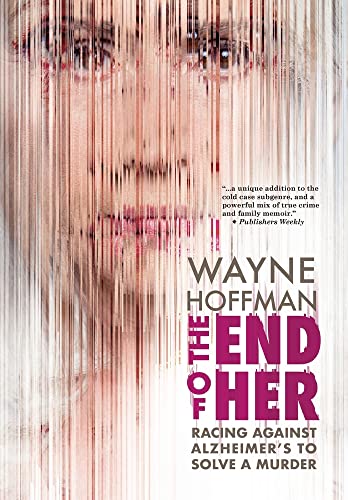 The End of Her: Racing Against Alzheimer’s to Solve a Murder

Journalist Hoffman (Hard and two other novels) makes his nonfiction debut with a riveting account of his dual efforts to care for his aging mother and crack a century-old unsolved murder. During the early morning hours of Aug. 1, 1913, someone entered the Winnipeg, Manitoba, home of Hoffman’s great-grandparents, Sarah and David Feinstein, and shot Sarah as she slept in her bed. The killing was even more horrific as Sarah’s two-year-old daughter, Fanny, was in the bed at the time, and Anne, an infant, was in a nearby crib. No motive was ever established, and no one was charged, and though the crime was front-page news in Canada at the time, it fell into obscurity. Hoffman only pursued it after hearing a version of the shooting from his mother, Ethel, who described the circumstances differently. According to Ethel, Sarah was on her front porch, breastfeeding her baby, when she was shot by someone in a passing car. Hoffman makes the details of his dogged research vivid as he strives to reconcile Ethel’s story with the reporting at the time, and his conclusions about the murder are convincing. Meanwhile, he movingly recounts his mother’s increasing memory loss and overall decline. This is a unique addition to the cold case subgenre, and a powerful mix of true crime and family memoir. Agent: Mitchell Waters, Brandt & Hochman Literary. (Feb.)
close
Details