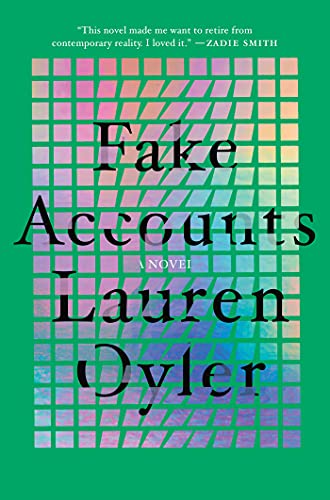 In Oyler’s bold debut, a blogger discovers her boyfriend is an influential online conspiracy theorist. A suspicion that the unnamed narrator’s withdrawn boyfriend, Felix, might be cheating leads her to find his anonymous social media accounts, which stoke alt-right sentiments as Donald Trump’s inauguration looms. The narrative flashes back to show the couple’s meet-cute in Berlin—he’s a tour guide, she’s a tourist—and their burgeoning long-distance relationship, which changes for the worse after he joins her in New York. Felix is a habitual liar, prone to inventing alter egos for himself and the narrator when meeting strangers, and initially she plays along, but soon longs for the real Felix. She resolves to break up with him, but first she travels to the Women’s March in Washington, D.C., where she gets a phone call informing her Felix has died in a bike accident. Feeling adrift, she quits her job and moves to Berlin, where she leans into a lying life of her own—with the men she meets on dating apps, the mother of twins whom she nannies, even the German government. Oyler experiments with various forms along the way: there is a lengthy parody of fragmented novels, copious analysis of millennial internet habits, literary references from Dickens to Ashbery to Ben Lerner, a Greek chorus of ex-boyfriends, and direct address to the reader. Oyler wields all these devices freely, creating a unique, ferociously modern voice. This incisive, funny work brilliantly captures the claustrophobia of lives led online and personae tested in the real world. Agent: Alia Habib, the Gernert Company. (Feb.)
close
Details