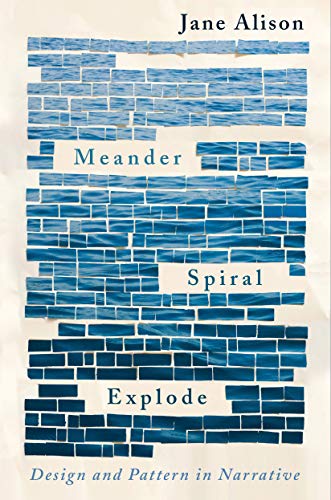 “How curious that a single shape has governed our stories for years,” ponders Alison (Nine Island), a novelist and University of Virginia creative writing teacher, in her boundlessly inventive look at narrative form. The shape in question is the “dramatic arc: a situation arises, grows tense, reaches a peak, subsides.” Alison would have readers conceive of other dramatic shapes, which she finds by closely examining particular texts. She begins by urging the reader to “look at text close-up” and examine “the tiniest particles a reader encounters: letters, phonemes.” She then assesses how “different types or lengths of words, sentences, and speeds lets you design a narrative as variegated as a garden.” As full texts come under examination, Alison reveals recurring shapes that “coincide with fundamental patterns in nature,” rather than “the plotted arc,” including waves in Philip Roth’s Goodbye, Columbus; meandering paths, like rivers or snail trails, that allow the reader to “wander a bit, look about, pause,” in Marguerite Duras’s The Lover, and spirals, akin to both DNA and the Milky Way, in Sandra Cisneros’s The House on Mango Street. It would do a disservice to this work to pigeonhole it as “literary criticism”; the study is filled with clarity and wit, underlain with formidable erudition. Agent: Emily Forland, Brandt & Hochman. (Apr.)
close
Details