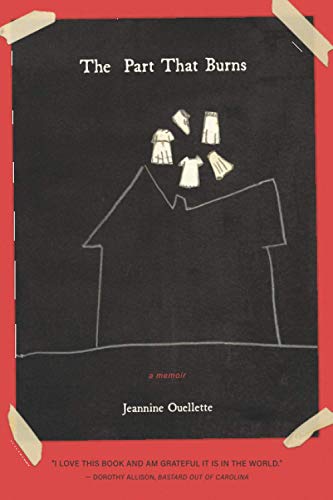 The Part That Burns

Creative writing teacher Ouellette (The Good Caregiver), founder of Elephant Rock workshop in Minneapolis, chronicles her life in brief vignettes, revealing a childhood shattered by sexual abuse and domestic violence. The author shares fragmented memories of “the many moves that hole-punched” her childhood, including various homes, pets, and her single mother’s relationships with men that defined a whirlwind era of her life and created a lifelong yearning for stability. Ouellette’s step-father, who is known as “Mafia,” would abuse her while her mother was away or asleep when Ouellette was just four years old. She discusses attending support groups for childhood sexual abuse as an adult and her decision to seek a therapist. In “Trace a Path,” she describes a heartrending solo trip to Mexico after being kicked out of her family home and before entering foster care at age 16. In “More,” she shares reflections on the ebbs and flows of sexual desires during the course of marital conflict and pregnancy. Throughout, Ouellette eloquently expresses the beauty and overwhelming love of becoming a mother: “This boy is neither flower nor weed. He doesn’t come from the earth. He comes from me. The part that burns is the part that glows.” Ouellette’s evocative memoir eloquently depicts a difficult but hopeful path to solace from a painful past. [em](Feb.)[/em]

Correction: An earlier version of this review misstated the author's age when she was abused by her step-father. It also incorrectly stated the book was self-published.