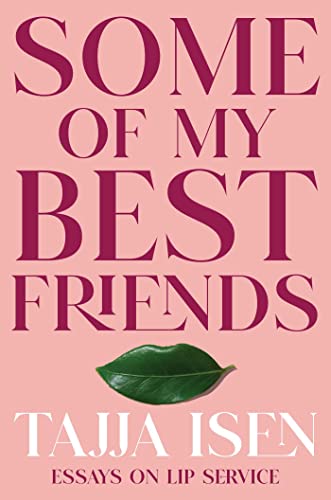 Some of My Best Friends: Essays on Lip Service

Catapult editor-in-chief Isen scrutinizes society’s attempts to bandage over such issues as race and gender inequality in her powerful debut. In “Hearing Voices,” she recounts her experience as a voice actor and takes a look at animation’s “authenticity boom” as white voice actors cease to play characters of color, though she remains skeptical of industry claims that “we must strive for perfect alignment between the body of the voice actor and that of the character.” In the title essay, she probes the tensions between the marginalization of white women and the protection of their racial privilege, and examines the ways people navigate these tensions, such as by “claiming softness and vulnerability as a form of power,” while simultaneously being able to access power by “disavowing softness altogether.” Meanwhile, in “Dead or Canadian,” the author puncures the myth that “Canada does not have a racism problem,” and “Do You Read Me” is a damning look at the publishing industry’s attempts to diversify. Isen’s voice is both wry and sensitive as she fearlessly lays out the limits of talk in solving inequality; fans of sharp cultural criticism, take note. Agent: Rayhané Sanders, Massie & McQuilkin Literary. (Apr.)

Correction: An earlier version of this review incorrectly framed the author's perspective in the essay "Hearing Voices."