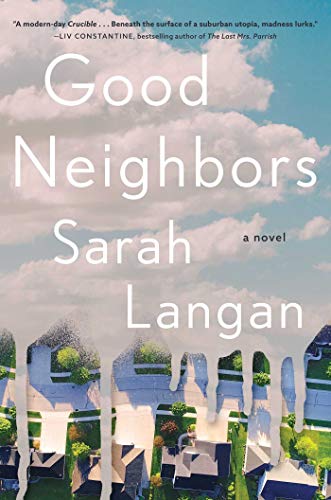 Bram Stoker Award winner Langan (Audrey’s Door) crafts an incisive story about a seemingly pleasant neighborhood in 2027 Long Island, where the appearance of a massive sinkhole ratchets up local tensions. Married couple Arlo Wilde, a former rock star and junkie, and former beauty queen Gertie Wilde have moved with their two children to the suburbs from Brooklyn, but they don’t share their neighbors’ bourgeois obsessions with extracurricular activities and college prep. Neighbor Rhea Schroder sticks up for Gertie when other neighbors give her a hard time, hoping to make a friend and desperate to escape her suburban doldrums. After Gertie dismisses Rhea’s attempt at confiding, Rhea’s hopes turn to bitterness. This affects both of their daughters. Shelly Schroder, 13 had become best friends with 12-year-old Julia Wilde. Now Shelly torments Julia after Rhea turns her against the Wildes, and hides a secret. Then Shelly falls into a sinkhole that appeared nearly instantaneously on their street, and Rhea schemes to pin the blame for Shelly’s fall on the Wildes. Witty dialogue abounds, and Langan sets up an ambitious structure by incorporating tabloid excerpts of the Wildes’ past and studies of the sinkhole published in the future. This sharp, propulsive novel pulls off a maximalist variation on suburban gossip gone wrong. Agent: Stacia Decker, Dunow Carlson & Lerner Literary Agency. (Feb.)