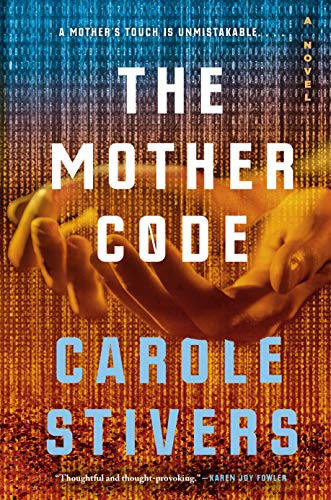 Biochemist Stivers’s sweeping, cinematic debut raises probing questions about the nature of family and human connection. In 2049, a DNA-based biological weapon unleashes a lethal worldwide pandemic that threatens to end humanity. The only viable cure appears to lie in fetal genetic manipulation, leading the U.S. government to secretly create incubators in the form of flying robots programmed with a “mother code” that gives each a unique personality intended to allow each bot to successfully raise a baby until it’s safe to reintegrate the child into human society. Stivers splits focus between the scientists creating the program, in thrilling passages replete with government secrets and impossibly high stakes, and the uncanny bond between mother robot Rho-Z and her genetically engineered human child, Kai, as they navigate their isolated life in the desert in 2060. Each story line is emotionally resonant, leading to a devastating gut punch when they eventually collide. Stivers’s mythic vision and sound science will strike a chord with readers who fear for humanity’s future. This dystopia is painful, provocative, and ultimately infused with hope. Agent: Elisabeth Weed, The Book Group. (Aug.)