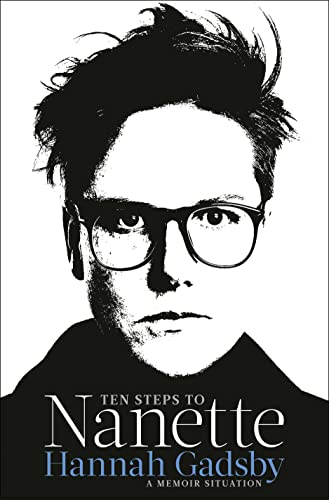 In this stunning debut, Emmy Award–winning comedian Gadsby guides readers on a tour of her life that’s every bit as intimate, gutting, and untidy as the performance referenced in the title. Decades before international audiences met her through her 2018 Netflix comedy special, Nanette, Gadsby was a Tasmanian girl alienated from her peers in the ’80s by her autism, ADHD, and burgeoning lesbian identity—none of which, she reveals, she understood until she was much older. Though heavily affected by sexual abuse and rape in her youth and young adulthood that led to multiple misdiagnoses (“borderline personality disorder, bipolar, irritable bowel syndrome, too much fat, etc.”), Gadsby resists centering her abusers, instead offering a candid, often bawdy account of her nonlinear path toward healing—shaped by a gauntlet of therapists, a career in “mak[ing] a joke out of” her mental health, and her loving yet complex relationship with her family. To discourage readers from “fall[ing] into the trap of playing truth detective,” she eschews cohesive timelines and, in doing so, vividly evokes the “disorientation” of living with trauma. Meanwhile, humorous asides are scattered throughout by way of Terry Pratchett–esque footnotes—“Seriously... I am triggering all of the warnings.” This stirring tale of resilience laughs in the face of the “inspiration porn” industry. Agent: Laurie Liss, Sterling Lord Literistic. (Mar.)
close
Details