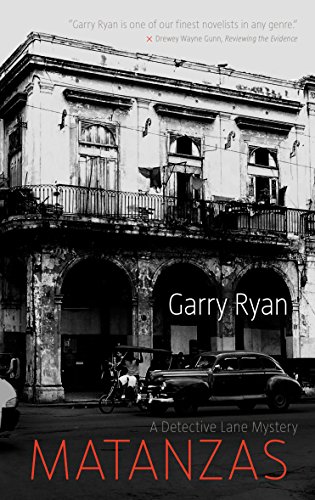 In Ryan’s complicated, character-driven 9th Detective Lane mystery (following Indiana Pulcinella), Paul Lane, a policeman in Calgary, Alberta, is attending a hectic family wedding in Havana when he gets pulled into the murder investigation of a Canadian tourist. Following the trail on his return home, Lane connects the murder to a series of suspicious deaths in care facilities for the elderly as well as to some high-level corruption, all of which points to a deep political conspiracy within the Alberta government. The complex, perfectly serviceable plot comes second to Ryan’s skillful, touching and humorous portrayal of Lane’s extended family dynamic, involving his lovable, paunchy spouse, a favorite niece, and the constant baby-chaos of her infant son, Indiana. A subplot involving a long-ago grisly murder offers insight into Lane’s upbringing and adds emotional heft but strains this slim novel. The writing, particularly Lane’s inner narrative, sparkles: “Some women gather up beauty bit by bit as they get older, and you are one of them.” This book adds substantially to Ryan’s layered and textured series, giving readers more insight into in Lane’s life, but it is too overstuffed to stand on its own. (Oct.)

Correction: An earlier version of this review misstated that this book is the tenth in its series.