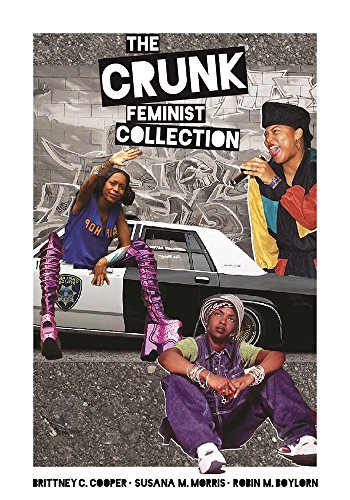 The brilliant founders of the Crunk Feminist Collective bring together some of their website’s most popular and thought-provoking essays on race, sisterhood, sex, and pop culture. As “hip-hop-generation feminists of color,” the authors describe their politics as a “remix” incorporating the best of multiple movements, offering a truly diverse, intersectional series of viewpoints. They subvert paradigms—maligning stereotypes such as the “angry black woman” and the “side chick,” while also supplying useful neologisms such as blackgirl and disrespectability politics. They take on black masculinity, “infighting” liberals, and misogyny in rap lyrics, and more personal subjects, including infertility, child abuse, and depression. Cooper’s perspective as a born-again Christian is particularly nuanced, as she discusses the church’s “harmful gender ideology,” homophobia, and insularity. Cooper also penned a heartbreaking plea for justice after the death of Trayvon Martin and a brilliant defense of ratchet culture as the antithesis of the “pathology of... respectability.” Another highlight contributor, writing under the pseudonym Crunkista, relates an infuriating incidence of racial profiling by mall security. Beyoncé is given ample space, as is Nicki Minaj and prolific showrunner Shonda Rhimes. These essays are extremely relevant, educational, and a genuine pleasure to wrestle with. The range of subject matter and myriad voices is representative of a new wave of vibrant and multifaceted feminism, at home in the academy and the beauty parlor. (Jan.)
close
Details