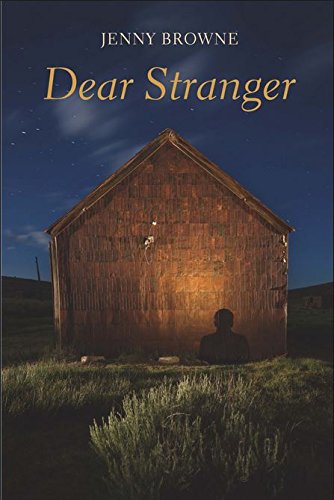 Warmer and more welcoming than many other poets with such fierce intelligence, Browne (The Second Reason), in this third outing, keeps on finding wry and empathetic ways to let us see what she sees. Her free verse and prose blocks can speculate about human motives in general (“what something is worth/ depends not on what it’s made of// but what lives next door”) or set scenes, as in “Indiana Elegy,” where “women drink/ martinis from baby food jars/ and smile without showing their teeth.” Browne can turn dry, almost taciturn, in local ironies (“According to the survey/ we say/ we are/ happy”), though she is just as comfortable as an enthusiastic traveler; one poem relies on white space, stopping short, and the next on accumulated detail. Browne remains a poet of the American Midwest, where she grew up, a poet of Texas, a world citizen alert to injustice, a feminist, and a mother, at home citing Adrienne Rich. But where much of her last collection looked at parenthood, this one saves its energies for commemoration. Grandparents, her father (a doctor), her brother-in-law, and others get addressed in care and sadness, as towns and people from Browne’s childhood reveal their kindness and their self-destruction. The poet’s demotic American words and her sophisticated sentences together build up, then rip down, then rebuild her adult world, where “the best parts eventually/ point across the table at the worst, as the hook lip/ of the big dipper points towards the north star.” (Feb.)
close
Details