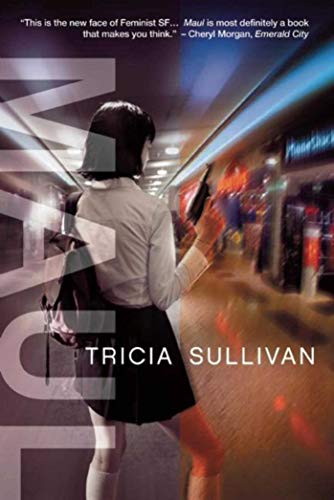 Arthur C. Clarke Award-winner Sullivan ( ) neatly threads two seemingly unrelated coming-of-age stories together—one of "girlz" rumbling in a Jersey mall, the other of a future in which males are nearly extinct—in this fantasy that evenhandedly explores gender issues. What unites these stories is the author's concern for their underdogs, represented by Sun, a Korean-American suburban teenager who fights for her friends and their honor in gun battles amid Clinique and Calvin Klein, and by Meniscus, an autistic charity clone who's subjected to tailored microbial infections. Sun, in learning to negotiate the various powers that rule her world, the Garden State Plaza mall, helps Meniscus, whose efforts to fight the designer microbes and escape the lab are built around his access to a VR game called "Mall." With an eye on scientific ethics and teenage codes, Sullivan invests her high-risk narratives with relevant discourses on the power of sex, just and unjust authority, when to rebel and when to cooperate. The only risk to the reader is disappointment that her most engaging character is a fiction within a fiction.