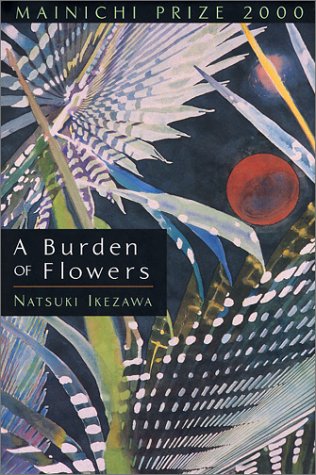 A BURDEN OF FLOWERS

A young Japanese woman struggles to spring her brother from an Indonesian prison in Ikezawa's latest, which begins when Kaoru Nishijima learns that her brother, Tez, has been arrested and imprisoned in Bali for heroin possession. When her old-fashioned parents are reluctant to bail out their miscreant son, Kaoru travels to Bali, where she quickly realizes that Tez has been set up by the Indonesian police. With the political deck stacked against her in Bali, she returns to Japan to consult a professor who has extensive connections in Indonesia, but even when he goes to Bali with her to hire a well-connected lawyer, the best they can hope for is to mitigate a prospective death sentence for Tez. While Kaoru fights her uphill battle, Tez reflects on his early success as an illustrator, a "too much too soon" tale that led him straight to a German woman who introduced him to heroin. The plot line will make the first half of this novel seem familiar to many American readers, and the writing dealing with the case is pedestrian though engaging. But Ikezawa (author of the acclaimed short story collection ) takes a different road once Tez's trial starts, linking Kaoru's accidental exploration of the mysterious Balinese spirituality with the sudden downfall of the corrupt police chief that provides the Nishijimas with a ray of hope. It is the spiritual material and Ikezawa's graceful presentation of Tez's musings about the failure of heroin to provide the artistic revelations he expected that make this a worthwhile read.