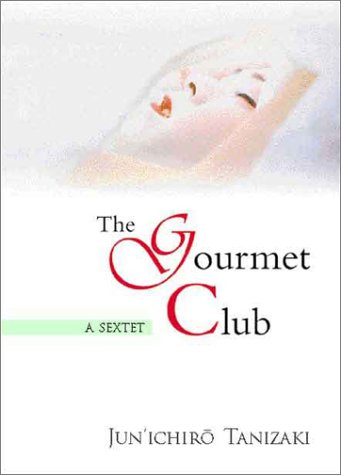 Obsessed by themes of eroticism, the grotesque and the fantastically horrible, Tanizaki (1886–1965) was revered in his native Japan for such works as and . His able translators have collaborated to reintroduce Tanizaki to a new audience with an eclectic sampling of his highly unclassifiable work. In six stories, presented chronologically, the reader is taken through the spasms of Tanizaki's career, from the early story "The Children" (1911), with its inflated language and mannered suspense, to the last, "Manganese Dioxide Dreams" (1955), which delineates the frankly tedious scatological fixation of an aging author. Some stories, with their high tone and artificial setups, could have been written by Edgar Allan Poe, such as "The Secret," in which the young world-weary narrator, withdrawing from the world around him, enters a monastery, encircles himself with books "rich in weird tales and illustrations" and begins to go out in the evening dressed as a woman. Yet it's not his dressing as a woman that carries the story, but the narrator's thrill at being conducted, blindfolded, to his mistress's house. In "Mr. Bluemound," a famous young actress reads her dead husband's diary, in which he relates that he is dying because he has met a fan who knows her more intimately than he does (and recreates her, horrifyingly, in rubber)—without ever having actually met her. The title story—about a group of potbellied men "who can't live a day without eating something really good" and whose quest for new tastes leads them in ever weirder directions—is the most successful. This curious find should help to expand, if modestly, the author's American readership.