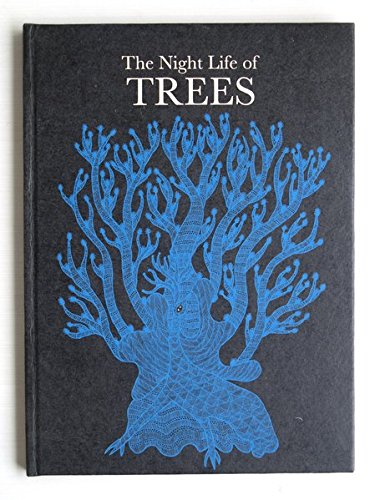 The Night Life of Trees

Tara Publishing, a commune of artists, writers and designers producing handmade books in Chennai (formerly Madras), India, have created a glowingly mysterious and charming volume that combines mythology from central India's Gond tribe with illustrations from three renowned Gond artists who will appear at museums in several U.S. cities this year. Hand screened onto black paper, the colorful, intricately detailed illustrations are almost psychedelic, in some ways reminiscent of Australian Aboriginal drawings. But the forms are recognizably Indian, and despite stylistic differences among the three artists, the pictures reveal a strong and unique Gond artistic tradition where animals, insects and humans merge with and emerge from the trees. There are magical stories about the protective spirits of the Sambar tree, and the serpent and root-entwined snake goddesses holding the earth together. But the practical uses of trees figure here as well: the wood of the thorny Nagphani tree is hard enough to use as a crowbar, and its sap heals sore eyes; the Ganja (marijuana) bush and the Mahua (alcohol) tree are said to be husband and wife. This mingling of the mythic, mundane and poetic gives an alluring glimpse into an integrative worldview that's in poignant contrast to the fragmented postmodern world.

In the review of by Derrick Jensen (Reviews, May 8), the final sentence should read, "But he has become so disgusted with what he calls 'civilization' that he has more compassion for the salmon than for his fellow humans."