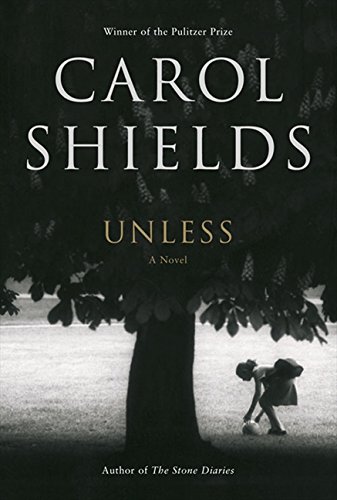 "If I have any reputation at all it is for being an editor and scholar, and not for producing, to everyone's amazement, a 'fresh, bright, springtime piece of fiction,' or so it was described in ." That cheeky self-description sums up the protagonist of Shields's latest, the precocious, compassionate and feisty Reta Winters, an accomplished author who suddenly finds her literary success meaningless when the oldest of her three daughters, Norah, drops out of college to live on the streets of Toronto with a placard labeled "Goodness" hung around her neck. Shields takes an elliptical approach to Winters's dilemma, slowly exploring the possible reasons why a bright, attractive young woman would simply give up and drop out. As Shields makes her way through Winters's literary career, her marriage and the difficulties she and her daughter face in being taken seriously as women in the modern era, she employs an ingenious conceit by tracking Winters's emotions as she tries to write a sequel to her light romantic novel while helping a fellow writer, a Holocaust survivor, work on her memoirs. As Norah's plight deepens and the nature of her decision begins to surface, the romantic novel turns dark and serious, and Winters faces a rewrite when her long-time editor dies and his pedantic successor tries to introduce a sexist plot twist. Reta Winters is a marvelously inventive character whose thought-provoking commentary on the ties between writing, love, art and family are constantly compelling in this unabashedly feminist novel. The icing on the cake is the ending, which introduces a startling but believable twist to the plight of a young woman who, "in doing nothing... has claimed everything." The result is a landmark book that constitutes yet another noteworthy addition to Shields's impressive body of work.