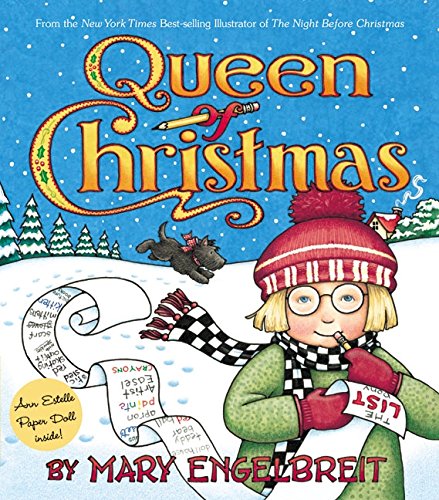 It's good to be queen, as Engelbreit's () popular greeting card character Ann Estelle would say. Here, in the first in a planned series of picture books featuring that character, the heroine gets ready for Christmas, spending a full seven days finalizing The List—"a very, long piece of paper on which Ann Estelle had written every single solitary item she had ever wanted or could even imagine wanting at some later date." But in between adding items to the list, Ann Estelle passes the days baking cookies with Mom, going sledding with Dad, ice-skating with Grandma, etc. When the big day finally arrives (and many things on the list do not), Ann Estelle doesn't even mind. Thanks to text that authentically captures a child's anticipation and Engelbreit's festive borders and designs, this title spotlights the meaning of the holiday with a light touch and lots of heart. An Ann Estelle paper doll is packaged with the book. Ages 4-8.