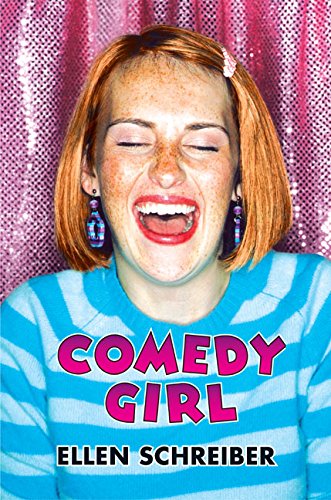 Trixie Shapiro fantasizes about being a stand-up comic, but she is shy (for her drama class final, a performance in front of the whole school, she blanks and only manages one joke). During her senior year, she begins building confidence—and polishing her skills—performing at a local comedy club. There, she also attracts the attention of crush Gavin Baldwin, who has "coolness oozing like steam from a sizzling fajita"; as her fame grows, so does her popularity. At times, the story line stretches credibility: Trixie's opportunity to perform in Las Vegas with one of her heroes seems a bit far-fetched, and another plot point about her best friend's sudden obsession with popularity goes nowhere. But Schreiber's ( ) portrayal of Trixie's funny personality comes through with an authentic comedic flare, and her struggles feel realistic. Not only is she wiped out from her late-night performing, but her mother wants her to focus on school and college, and Gavin asks her to choose between him and comedy ("The relationship was about you worshipping Gavin. Now Gavin has to worship you," her best friend tells her). Overall, Trixie will keep her audience amused, even as she teaches something about the cost—and rewards—of pursuing a dream. Ages 12-up.