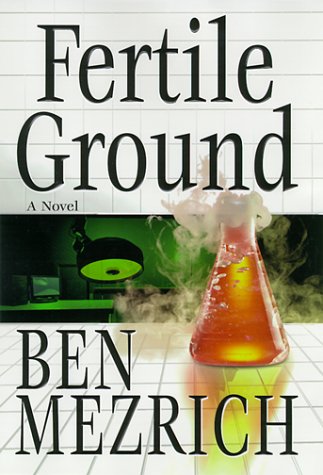 There's a whopping coincidence at the center of Mezrich's fourth novel, a medical thriller in which two simultaneous, distinct epidemics are making their way through the greater Boston area. Fertility doctor Jake Foster discovers a new syndrome causing male sterility, including his own, while his wife, Brett, a second-year ER attending at Boston Central, has seen several healthy young men die from mysterious, massive internal and external hemorrhaging. Soon the husband and wife discover that both outbreaks have the same cause, the mysterious Compound G developed by a company called Alaxon. The head of this company, Simon Scole, expects his virtually undetectable and top-secret chemical (deliberately not identified, its potential use is not revealed to the reader until late in the story) to make a fortune and dominate the financial and political arenas. His son Malthus, the company's enforcer, is charged with the removal of any impediments to that plan--and the Fosters, with their knowledge linking the chemical to both medical crises, constitutes a serious danger to Alaxon's success. Good, innocent doctors get offed by inhuman killing machine Malthus, and the Fosters uncover the sinister conspiracy while continuing their thwarted attempts to conceive a baby, learning sexy lessons along the way. As the dead bodies pile up, the plot races toward a frantic, convoluted, but ultimately predictable resolution. In fact, the 27 chapters read more like 27 tidy, accessible movie scenes: the hero copes with a familiar, personal shortcoming (Jake's clinical approach to getting his wife pregnant is ruining his marriage), with clever bad-guy dialogue (Malthus Scole spouts clich d business maxims as he kills his victims) and the requisite ""unexpected"" betrayal. The plot has just enough science to make it plausible, and readers may tolerate the unlikely dovetailing of events, but this thriller is essentially ephemeral, enjoyable entertainment. While the characters won't imprint themselves on readers' minds, Mezrich competently weaves the hot topic of male infertility throughout his tumultuous tale. (Oct.)
close
Details