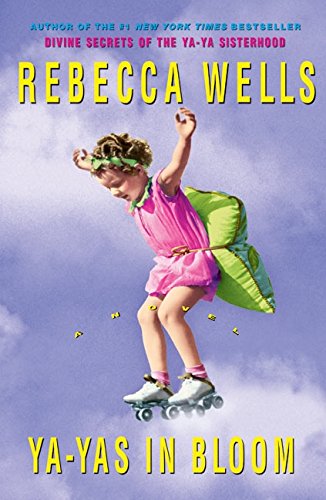 The Ya-Ya sisters shimmy on and off stage in this disjointed follow-up to , Wells's bestselling novel about the singular friendship and escapades of four larger-than-life Southern women. The author is off to a good start with the tale of how Vivi, Teensy, Caro and Necie met as little girls in 1930, their spunk and liveliness a harbinger of things to come. But the focus on the Ya-Yas' early years soon wavers and the novel is all over the map—here a few tales about the grown-up Ya-Yas, like Vivi's run-in with her son's first-grade teacher, a pompous nun; there a story about Vivi's eldest daughter, Sidda, one of the so-called "Petites Ya-Yas," and her directorial debut at age eight at a Valentine's Day party. A chapter appears out of nowhere from the viewpoint of Myrtis Spevey, a contemporary of the original Ya-Yas, who is so excessively jealous and resentful of the friends that she comes off as a cartoon character. After a vexing 30-year leap, Myrtis's creepy, emotionally ill daughter, Edythe, takes over the narrative, kidnapping one of the Ya-Yas' grandchildren. What begins as a collection of haphazard but entertaining snippets from the Ya-Yas' lives suddenly bumps up against a sober story about a missing child and the lengths to which parents will go to protect their young. Readers may lose patience as even the loose family-album format fails to hold up, but Wells still charms when she focuses on the redemptive power of family love and the special bond that comes from genuine, long-lived friendship.