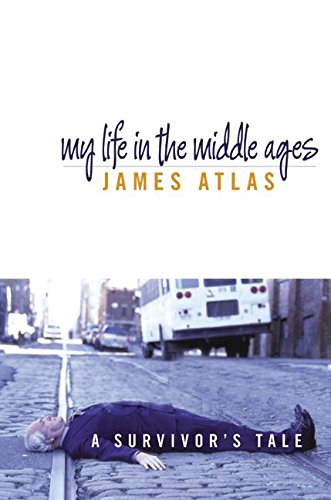 MY LIFE IN THE MIDDLE AGES: A Survivor's Tale

Penguin Lives' founding editor Atlas ( ) offers 11 rather self-involved essays about being in his 50s. The collection hits on various midlife themes—"Mom and Dad" describes Atlas's father's illness and its effects on the family; "Home" explores the joys and pains of owning a country house; "Money" focuses on, well, money—and brings out the author's envious and insecure side. In his introduction, Atlas confesses that he writes from within a "highly rarified segment of society," but hopes all readers will find something of themselves in each piece. Despite exploring such universal themes, Atlas often steers away from their common aspects to instead dwell on his own personal disappointments. In "Failure," he recounts receiving a negative review of his novel, and in "The Body," he gets sullen when his son trounces him on the tennis court. Atlas's strength lies in his extensive literary allusions, and each of these essays is buoyed by examples from both well-known and obscure authors, which often serve to augment the lackluster revelations ("The rich, the powerful, the well-known made it because they had the drive to make it"; "Depression is like an illness—it an illness"). Thoughtful but self-conscious, these pieces seem more like exercises in catharsis than meditations on a period in life when we are "on the verge of reaching our limits."