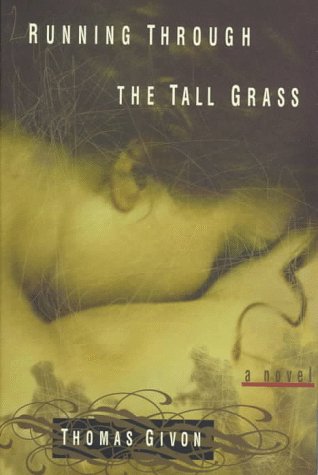 Running Through the Tall Grass

Robert Aron, the protagonist of this oddly affecting first novel, is a demolitions expert for the loyalist, European militia during the Algerian civil war of the 1960s. He and his squad leader, a charismatic psychopath named Jojo, are former legionnaires, veterans of--and deserters from--the French struggle for Indochina. Robert has had enough war, and it isn't only the endless killing that leads him to this conclusion: he has fallen in love with a 19-year-old named Marie, the sister of a fallen comrade-in-arms. Robert tries to quit the pied noir struggle and flees across the Mediterranean to Marseilles. Jojo, however, refuses to let Robert quit. After the fight against Algerian independence is lost, Jojo visits Marseilles and, using the threat of violence against Marie as an emotional lever, forces Robert back to the fold. They go off as mercenaries to the Congo, where the story comes to a natural and violent conclusion. Givon is a supple writer with a true eloquence for physical action and the outsider ethos. But his ear for dialogue can fail him stunningly--the alternation between French expressions and clumsy American slang (""smarty pants,"" ""hot damn,"" ""howling bonko"") gives the novel a seamy, translated feel--and Robert, as a protagonist, is a disappointment. His most appealing trait, at first, is a perfect balance between sensitivity and forcefulness. But by the novel's end, he's allowing himself to be sent halfway around the world to engage in yet another bloody fray out of guilt and what amounts, after all, to a slight twist of the arm. Is it any wonder that he never fights on the winning side? Author tour. (July) FYI: Givon has worked on this novel for three decades. Raised in Palestine, he has pursued careers as a molecular biologist, actor, horse trainer and professor of linguistics.
close
Details