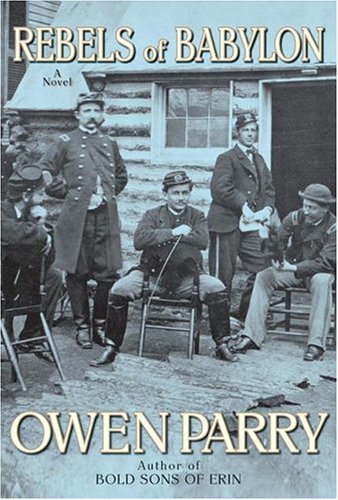 The intrepid Maj. Abel Jones, special agent to the Federal Army, takes on New Orleans in this satisfying sixth installment to Parry's humorous, well-written and meticulously researched series of Civil War mysteries. Dispatched to investigate the murder of a Northern heiress–cum–crusading abolitionist, our reluctant hero finds that despite the bitter cold of the winter of 1863, "New Orleans burns torrid." On his incredible first day in the Crescent City, Jones gives chase to a voodoo woman and survives kidnapping, being buried alive, a midnight gunfight, a venomous snake and paralysis by a poison charm. This is just business as usual for the puritanical Welshman, who fearlessly forges ahead with the assistance of Barnaby B. Barnaby, the rotund former haberdasher from earlier Abel Jones novels. While the rollicking plot pulls the reader along, Parry also sheds new light on Jones's character, juxtaposing his ardent Methodism against an exotic Francophone city and its outré denizens. Jones holds firm to his strict ethics and disapproval of others' sinful folly—as well as everything not Welsh—but learns a slightly more pragmatic approach in the face of certain New Orleans realities and superstitions. Though references to previous adventures may perplex newcomers to the series, all will delight in this installment's continuing vivid historical detail and engaging protagonist.