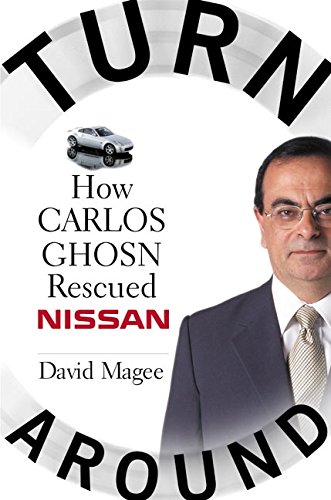 The facts of Magee's account are quite startling. Nissan, once a darling of the automotive world, with its cheap Datsun pickups and stylish, spunky Z roadsters, had, by the 1990s, fallen on hard times. Saddled with billions in debt, the company merged with Renault in 1999, and a Renault v-p, Carlos Ghosn, was named Nissan's new CEO. Routing not only every naysayer in the auto industry, Ghosn, who was born to Lebanese parents in Brazil, also had to overcome an entrenched Japanese business culture that at that time had seemed to stress perks, seniority and relationships over the bottom line. Given complete control over the company, Ghosn slashed costs and laid off employees, as was expected, but also instituted a sweeping reorganization of the entire company, announced an ambitious slate of new vehicles and promised that if Nissan was not profitable in 2000, he and his entire managerial staff would quit. Journalist Magee lays out Ghosn's management style, his mantra of complete transparency and responsibility, and all the tiny victories that went into returning Nissan to the top ranks of automakers. His approach can be hagiographic, but this profile of an astoundingly effective CEO (one of the few who might have actually earned his large salary) is sure to inspire.

The Eye of the Storm: How John Chambers Steered Cisco Through an Unexpectedly Quick Recovery