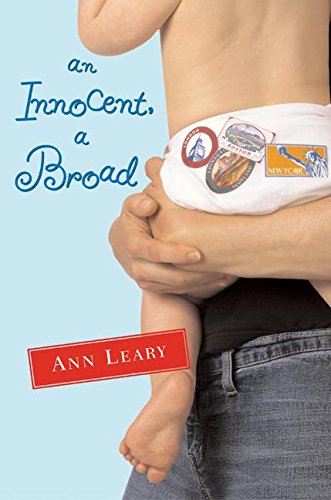 AN INNOCENT, A BROAD

While pregnant, Leary, a television and film writer, fantasized about the birth of her son: it would include a home birth ("I would realize that there was no time to make it to the hospital"), an easy delivery (an "evening on our bed, laboring and breathing"), and, of course, a healthy child ("a beautiful, plump baby that my husband would triumphantly slide onto my bare belly"). This fantasy, Leary admits, occasionally included "a handsome fireman who was called upon in a moment of panic." Needless to say, it didn't happen that way. On a weekend trip with her husband, comedian Denis Leary (who was still relatively unknown at the time), to London in 1990 during her second trimester, Leary's water broke. No home birth, no healthy baby, no fireman. With a light touch and comic flair, Leary recounts the five months in London surrounding her son Jack's birth (they had to wait until Jack was more developed to travel back to the U.S.). Forgoing the gory medical details, Leary focuses on her life in and around the hospital and her naïveté about childbirth and parenting. Her cultural observations are especially droll, as Leary sorts out that "tea" is actually a meal and tries to prove that Americans aren't stupid: "I tried to look intelligent, but... I had nothing to read or even to look at, so I narrowed my eyes and stared at my fingernails, in what I hoped was a thoughtful way." Oddly, the one thing missing from the narrative is her husband, who plays a surprisingly small role. Still, this memoir is an easy read that finds the humor in this trying time in Leary's life.