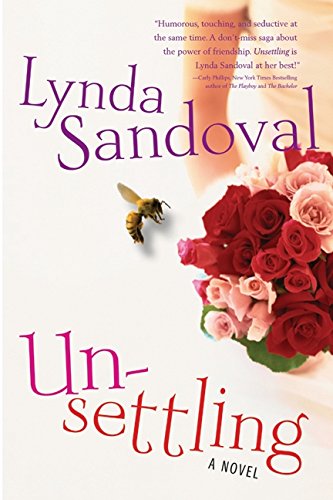 Lucy Olivera is a tough 38-year-old Denver drug cop, but she's terrified to tie the knot with the man of her dreams, fellow cop Ruben. All Olivera first marriages end in divorce, and against her will, Lucy has begun to believe in the family curse. At the start of Sandoval's frenetic, overplotted novel, Lucy asks three old friends to help her get through the wedding: Mercedes, a high-powered New York City magazine editor; Annette, a devoted but harried mother of five; and Cristina, the socialite wife of a former football star and television personality. With their support, she makes it to "I do," but then bolts from the reception. Mercedes, Annette and Cristina find her, and with Ruben's blessing, decide to take her on a road trip to New Mexico in search of a fabled (medicine woman) named Tilly. Lucy's not the only one who hopes Tilly can fix her life: Annette is stifled by family responsibilities; Mercedes's boyfriend recently dumped her and is trashing her in the tabloids; and Cristina has a shoplifting problem. And there's more drama: the pals rescue an abused pregnant woman, thwart a gas station holdup and survive a bear attack. Sandoval's protagonists are complex and pleasingly unpredictable, but the distractions pile up wildly in this uneven girlfriend caper.