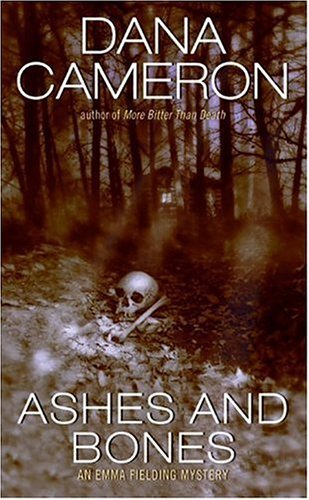 In the sixth Emma Fielding adventure (after ), things are looking up for the archeologist heroine: she has the job she's always wanted, a tenured professorship at a reputable college, the respect of her peers and, most importantly, the love and support of her husband, Brian. Fortunately for readers, this idyllic period in Emma's life doesn't last long. When a series of "pranks" begins to escalate around her—starting with an ominous postcard bearing only the message "soon," followed by strange, generous gifts to her parents in Emma's name, and turning quickly to arson and murder—Emma struggles to pin down the culprit, succumbing to marriage-straining paranoia and fear. Emma is convinced that a former colleague, Tony Markham, is responsible, a theory that would make sense—Tony, a psychopathic murderer, had tried to kill Emma four years previous—were he not already dead. With plenty of twists, a well-developed supporting cast and just enough recap to bring readers new to the series up to date without sacrificing momentum, Cameron has crafted a fine suspense thriller.