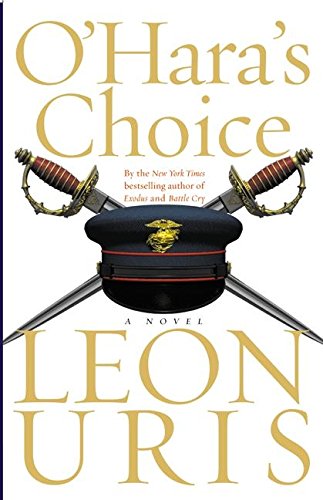 With this story of a heroic 19th-century Irish-American Marine, the long career of recently deceased bestselling author Uris (; ) concludes. Zachary O'Hara, son of a legendary Civil War hero, is the protagonist of Uris's epic adventure, which ranges from Washington, D.C., to Newport, R.I., and from the Civil War to the end of the 19th century. O'Hara grows up on Marine lore and joins the corps as soon as he can, earning a reputation in his own right with hard work and natural ability. When Major Boone affords him the opportunity of a lifetime—a chance to save the corps and gain a prominent role in its future—he jumps on it. Zach's career takes off and so does his love life, as he falls for the beautiful and headstrong Amanda Kerr. From the outset, though, the relationship is opposed by Zach's Marine superiors and Amanda's stubborn industrialist father, who has other plans for her future. But Amanda suddenly—and inexplicably—metamorphoses into a cunning businesswoman and pragmatically decides to abandon Zach (whom she continues to pine after). From here, the plot turns aren't plausible. Uris usually connects the many layers of his stories seamlessly; as this novel draws to a conclusion, however, the hasty revelation of family secrets leads to a forced, emotionally unsatisfying ending. Anyone seeking a compelling read should look to Uris's previous works, as this one is certainly the exception to the rule in a prodigious career marked by phenomenal storytelling. ()