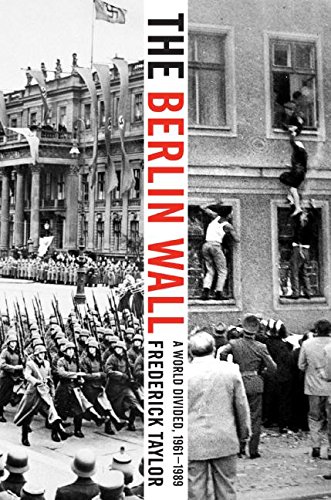 Walls, like those of Hadrian and Maginot, do not have a good reputation, and Taylor ( ) has written a superb narrative of the rise and fall of the monstrous one that scarred Berlin between August 1961 and November 1989. Walls, too, are more than merely bricks and mortar (or, in the 100-mile-long Berlin version's case, anti-vehicle crash obstacles, unclimbable barriers, barbed-wire fences, self-activating searchlights and heavily armed border guards), and one of Taylor's major themes is the Berlin Wall's significance in the global power politics of the Cold War. According to Taylor, Kennedy, Macmillan and de Gaulle were not decisively opposed to the division between East and West Germans. Berlin, in truth, was a dangerously volatile potential flashpoint, and while the erection of the wall was brutal and oppressive to those caught behind or trying to get over it, it stabilized Europe and symbolized the differences between capitalism and communism. Reagan, however, emphasized the rights of the trapped and challenged Gorbachev to tear it down. The Kremlin, ironically, was undone by its own creation. Taylor's enthralling story, combined with impeccable research and its rich human interest, makes this as dramatically gripping as any of the spy thrillers that used the wall as a backdrop. 16 pages of b&w photos, map.