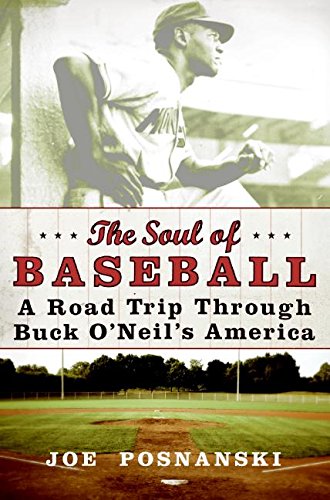 The Soul of Baseball: A Road Trip Through Buck O'Neil's America

Posnanski, sports columnist for the , spent a year on the road with the iconic Negro Leagues player and manager Buck O'Neil (1911–2006), recording the magnanimous 94-year-old's encounters with scores of fans and his vast repertoire of entertaining stories. O'Neil, the first African-American to coach in the Major Leagues, was a tireless spokesman for the Negro Leagues Baseball Museum in Kansas City. Posnanski is at his best when recounting O'Neil's baseball memories of the likes of legends Satchel Paige, Willie Mays and Josh Gibson. The author captures O'Neil's rhythmic voice and often relays it in italicized verse, while painting an uplifting portrait of a man who was without bitterness despite long experience with racial discrimination. Too often, however, Posnanski bogs down in mundane details that read like a travelogue of airports and tardy drivers. Many of the chapters have the feel of lengthy newspaper articles stitched together, lacking segues and narrative. Nevertheless, the final scenes are moving tales of the funeral of 103-year-old Ted "Double Duty" Radcliffe and O'Neil's dignity when he was infamously passed over by the National Baseball Hall of Fame and Museum in Cooperstown.