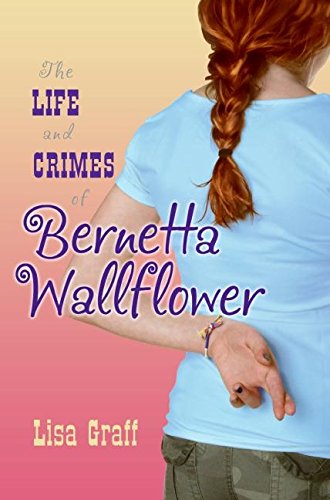 The Life and Crimes of Bernetta Wallflower

Bernetta loves being her father's assistant during his magic act and performing a few tricks of her own, but she never imagines that her sleight-of-hand skills will turn her into a 12-year-old con artist. But after her so-called best friend frames her as the mastermind behind a cheating ring and Bernetta loses her private-school scholarship, Bernetta lets cute boy Gabe talk her into going into the “confidence business” with him over the summer—how else can she amass the small fortune she needs to pay her tuition? The sneaky scams the two pull off will enthrall readers (in direct proportion to their ability to disturb parents, especially as the stunts require at least as much thievery as cleverness). The author describes a few of Bernetta's father's magic tricks and explains some of Gabe's people-reading techniques, adding to the book's fun quotient. The story builds well as the likable and increasingly desperate Bernetta gets drawn into a wild scheme, looking for a big payout and revenge. Graff ( ) asks readers to take some leaps of faith with the plotting, but she rewards them with a strong voice. Bernetta's eventual realization—“There were a million alternate Bernettas she could become, and she wasn't going to get roped into becoming one she didn't like”—reads as hard-won and insightful. Ages 8-12.