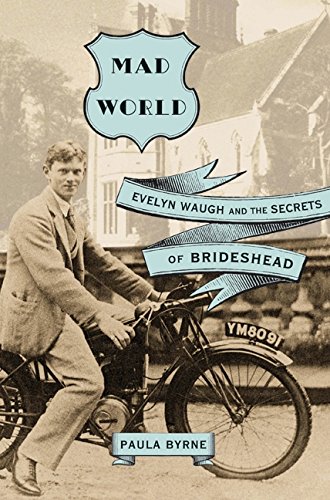 Mad World: Evelyn Waugh and the Secrets of Brideshead

The identity of the aristocratic family that inspired has long been known to Waugh biographers: Byrne's ( ) considerable contribution to literary history details Waugh's close relationship with Earl and Countess Beauchamp; their son, Hugh Lygon (the prototype for Sebastian Flyte); and the psychological circumstances through which Waugh transformed his experiences into a novel that mirrored his lifelong quest for an ideal family and the spiritual haven of Roman Catholicism. Waugh, the product of an obscure public school, suffered at Oxford until he was accepted as a comrade by a group of brilliant, gay former Etonians whose college years were characterized by decadence, drinking, and debauchery. Hugh Lygon, while intellectually mediocre, belonged to the circle by dint of his charm and lineage. The tragic history of Madresfield, from Earl Beauchamp's exile from England to Hugh's early death, are thinly disguised in . Byrne obtained access to previously unseen documents—including revelation of the royal family's possible role in the earl's exile—and includes enough gossipy asides to intrigue readers. With its brisk narrative pace, this book will be valuable to admirers of Waugh's oeuvre and those interested in the behavior of English upper-class society between the wars. 16 pages of color photos.