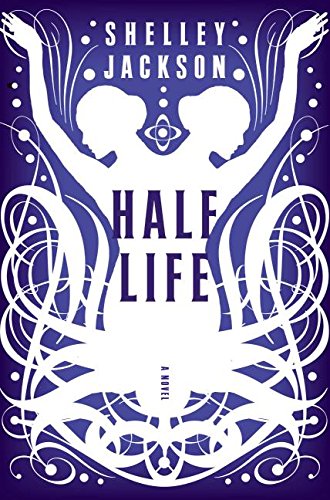 A virtuosic but gimmicky fantasy, Jackson's first novel imagines an alternate present where chemical fallout has made Siamese twins a vocal, politically active subculture. Nora Olney, 28, is a torso-conjoined bohemian "twofer" in San Francisco whose twin, Blanche, has been comatose for 15 years. At ease in neither twofer culture nor the single world, and accustomed to controlling her and Blanche's body fully, Nora decides to have "doctor-assisted individuality surgery," appealing to the shadowy Unity Foundation for surgical help—even though its legal status is uncertain at best, and it will mean Blanche's death. Arriving in London and threading through the thicket of misdirection that the foundation uses for cover, Nora's reality warps: inanimate objects talk; she throws things unintentionally. As she moves closer to the surgery, Nora must contemplate the possibility that Blanche is trying to communicate with her. Jackson—author of a short story collection; a "work" (titled ) composed solely of tattoos on the bodies of willing participants; and the hypertext novel —gives equal time to the twins' eccentric upbringing in Too Bad, Nev., and the (often humorous) ephemera that Nora collects for her scrapbook, "The Siamese Reference Manual." Jackson's prose is nothing short of dazzling, but it's still not enough to give real tension to her oddball plot.