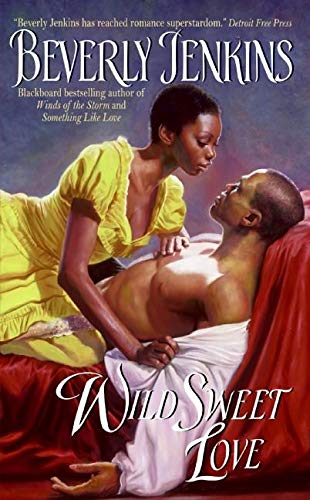 Taking two minor players from earlier novels ( and ), Jenkins pulls together a clever story of crime, class, race and redemption in late 19th-century America. After Black Seminole Teresa July's bank robbing career is cut short by a three-year prison sentence, Teresa is released to the probationary care of the wealthy Molly Nance, a compassionate Philadelphia woman charged with turning the young, tempestuous bandit into a respectable 19th-century lady. For Teresa, forsaking her beloved leathers and pistols for dresses and manners is a small challenge compared to dealing with Molly's son, Madison. Heart-stoppingly handsome, this polished gambler-turned-banker regularly ignites Teresa's fiery temper with his arrogance. As Molly realizes how well suited the two are for each other, she conspires to keep throwing them together until they realize their own hearts. As the fish-out-of-water hijinks come to their apex, Jenkins turns the tables on her characters, throwing Molly and Madison in with Teresa's boisterous frontier clan just in time for a threat from Teresa's past to resurface. Jenkins's sassy heroines, well-drawn secondary characters and seamless incorporation of black history result in a fresh, winning historical.