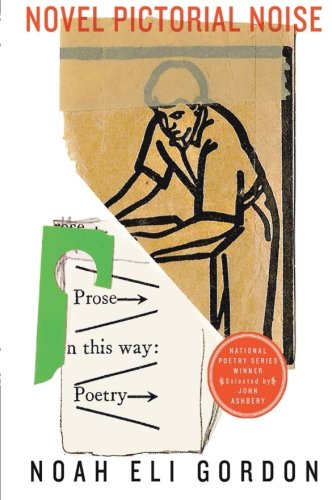 The prolific Gordon here takes his cues from Ashbery—who picked this collection for the National Poetry Series—but also from poets ranging from Rilke to Peter Gizzi. In alternating pages of prose and spare verse lines, he plays freely in the realm between theory and lyric: “Sculpture seeks articulation of the air around it. Thus, a heron thrusting overhead mutes modernism.” Each of the 50 one-paragraph prose poems starts with a proposition and then attempts to both follow through on its initial lunge and also force the reader off the most obvious trails of thought, usually by tossing in a few surprises: an Ajax bottle, Alice Neel, a “dab of wisteria” and a strip of duct tape make appearances in two lines of one poem. Gordon closes each poem with an artfully clumsy rhyming couplet—“One packs in what one can, as the real point of art is the subtle reiteration of the is, ain't it? The way I see it, we're all partially tainted”—alternately lending irony and vulnerability. While this is a difficult book steeped in canonical and postmodern poetic traditions—meaning it won't appeal to everyone—it's packed with thrills and discoveries that might engender some discussion.