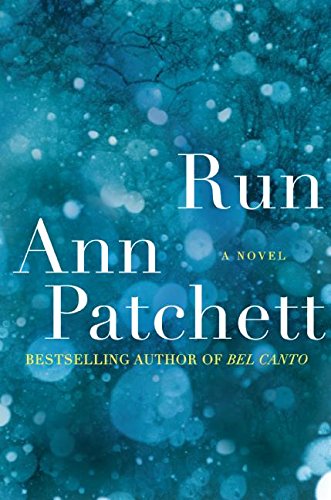 Novelists can no longer take it as an insult when people say their novels are like good television, because the finest American television is better written than most novels. Ann Patchett’s new one has the texture, the pace and the fairy tale elegance of a half dozen novels she might have read and loved growing up, but the magic and the finesse of is really much closer to that of or or , and that is good news for everybody, not least her readers.

Bernadette and Bernard Doyle were a Boston couple who wanted to have a big lively family. They had one boy, Sullivan, and then adopted two black kids, Teddy and Tip. Mr. Doyle is a former mayor of Boston and he continues his interest in politics, hoping his boys will shape up one day for elected office, though none of them seems especially keen. Bernadette dies when the adopted kids are just four, and much of the book offers a placid requiem to her memory in particular and to the force of motherhood in lives generally. An old statue from Bernadette’s side of the family seems to convey miracles, and there will be more than one before this gracious book is done.

One night, during a heavy snowfall, Teddy and Tip accompany their father to a lecture given by Jessie Jackson at the Kennedy Centre. Tip is preoccupied with studying fish, so he feels more than a little coerced by his father. After the lecture they get into an argument and Tip walks backwards in the road. A car appears out of nowhere and so does a woman called Tennessee, who pushes Tip out of the car’s path and is herself struck. Thus, a woman is taken to hospital and her daughter, Kenya, is left in the company of the Doyles. Relationships begin both to emerge and unravel, disclosing secrets, hopes, fears.

is a novel with timeless concerns at its heart—class and belonging, parenthood and love—and if it wears that heart on its sleeve, then it does so with confidence. And so it should: the book is lovely to read and is satisfyingly bold in its attempt to say something patient and true about family. Patchett knows how to wear big human concerns very lightly, and that is a continuing bonus for those who found a great deal to admire in her previous work, especially the ultra-lauded . Yet one should not mistake that lightness for anything cosmetic: is a book that sets out inventively to contend with the temper of our times, and by the end we feel we really know the Doyle family in all its intensity and with all its surprises.