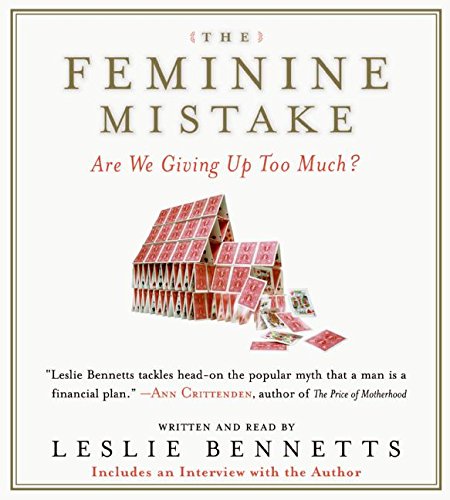 Bennetts raises a genuine flag of concern on the playing field of the sexes. Rather than falling into the trap of the so-called “mommy wars” debate, she addresses an important contention of the women’s movement: women’s economic dependency on men. Whether women choose to or are coerced into giving up jobs for their families, Bennetts sees serious problems when capable women remove themselves entirely from the economy. In doing so, they return to the power structure of the past, where ultimately the woman must yield to the economically independent man. While she makes many extremely valid points, her execution falls shorter than one would hope. She proves a bit long-winded, even in this abridgment. Her voice drones on through examples and statistics that pass the point of proof into redundancy, and her voice lacks passion and energy. Nonfiction narrators need to be animated in order to hold the listener’s attention. She speaks in a gentle tone that sometimes comes across as mildly condescending. In the end, despite her flawed delivery, her message certainly demands consideration. Simultaneous release with the Hyperion/Voice hardcover (Reviews, Jan. 22). (Mar.)