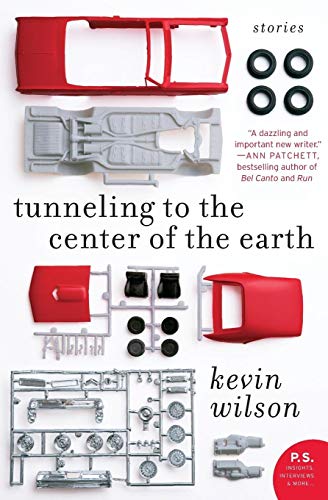 Tunneling to the Center of the Earth

Wilson's captivating debut collection paints an everyday world filled with characters obsessed by weird impulses. Whether it's Guster, the narrator of “The Shooting Man,” who goes to great lengths to discover the secret of a sideshow performer whose trick is to shoot himself in the face, or the three bored college grads of the title story who compulsively dig a tunnel beneath their town, Wilson creates a lively landscape with rich and twisted storytelling. A few stories satirize the odd ways families react to tragedy, for example, “Grand Stand-in,” which revolves around an elderly woman hired by families who wish to avoid telling their children about an unforeseen death. Two of the best stories involve teens: in “Mortal Kombat,” two unpopular quiz bowl stars become enamored of a video game and each other, while “Go, Fight, Win,” features a cheerleader who prefers building model cars to the company of her schoolmates. While Wilson has trouble wrapping up a few stories (“Blowing Up on the Spot,” “The Museum of Whatnot”), most are fresh and darkly comedic in a Sam Lipsyte way.