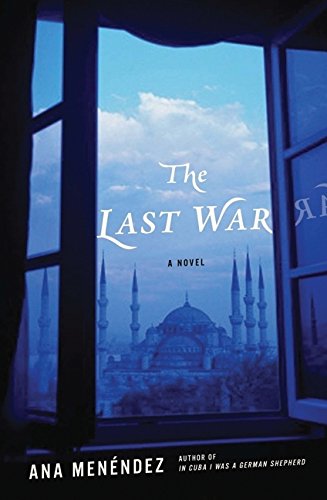 In her third work of fiction, Pushcart Prize–winner Menéndez ( ) pits an ambivalent American expatriate photojournalist, nicknamed Flash, against everything she thought was real. While her war-correspondent husband, nicknamed Wonderboy, waits for her in Iraq, Flash wanders the streets of Istanbul, gazes from her apartment balcony and drinks bitter Turkish wine rather than deal with a marriage crippled by personal ambition and possible betrayal: early on, an anonymous letter arrives informing Flash of Wonderboy’s infidelities abroad. From there, one scene blends into the next as Flash reconsiders her once-dependable husband; his occasional phone calls from Iraq puncture Flash’s dream state with spikes of resentment, guilt, adoration and desperation. An old friend, beautiful Alexandra, plays the role of ideal expat; Flash has always “tried, without success, to emulate” Alexandra’s “worldly looseness” and “calm assurance.” Focusing on modes of suppression, the internal politics of memory and the tension between guilt and independence, Menéndez produces a story that slips by quickly, but leaves behind the resonant idea that it’s human nature to “fear return” and “loathe the familiar,” rather than the other way around.