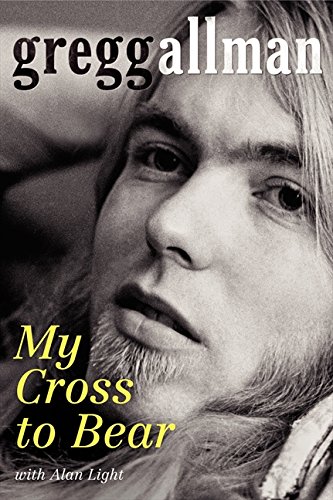 My Cross to Bear

Back in 1971, the Allman Brothers Band lost Duane Allman—by any standards one of rock’s greatest guitarists—to a motorcycle accident, and a year to the day later, Berry Oakley, the band’s bassist, died the same way. In his memoir, the rambling and rambunctious Gregg Allman lays bare his soul, carrying us back to his childhood with his older brother, Duane, their days at military school, the first time he picked up a guitar and started making music, the first songs he wrote, his love for Duane, his voracious appetite for drugs and sex, and his countless sexual conquests, his broken relationships and his addictions, and his deep love for music. Like an old bluesman riffing through a tale of love, loss, and redemption, Allman sings the story of the band’s early days as Hourglass and the Allman Joys, the glory days of playing the Fillmore East, the struggles to pull the band back together after Duane’s and Berry’s deaths, and the failures and successes of his own solo career. In the end, Allman, writing with music journalist Light, has produced a fiercely honest memoir. (May)
close
Details