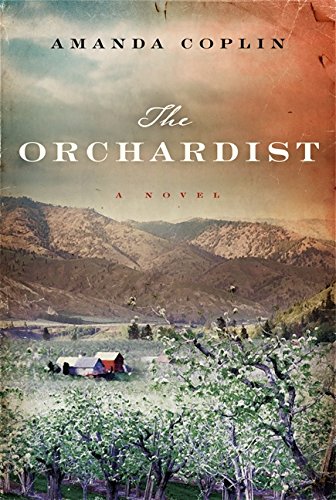 The implacable hand of fate, and the efforts of a quiet, reclusive man to reclaim two young sisters from their harrowing past, are the major forces at play in this immensely affecting first novel. In a verdant valley in the Pacific Northwest during the early years of the 20th century, middle-aged Talmadge tends his orchards of plum, apricot, and apples, content with his solitary life and the seasonal changes of the landscape he loves. Two barely pubescent sisters, Jane and Della, both pregnant by an opium-addicted, violent brothel owner from whom they have escaped, touch Talmadge’s otherwise stoic heart, and he shelters and protects them until the arrival of the girls’ pursuers precipitates tragic consequences. Talmadge is left with one of the sisters, the baby daughter of the other, and an ardent wish to bring harmony to the lives entrusted to his care. Coplin relates the story with appropriate restraint, given Talmadge’s reserved personality, and yet manages to evoke a world where the effects of two dramatic losses play out within a strikingly beautiful natural landscape. In contrast to the brothel owner, Michaelson, the other characters in Talmadge’s community—an insightful, pragmatic midwife; a sensitive Nez Perce horse trader; a kindly judge—conduct their lives with dignity and wisdom. When Della fails to transcend the psychological trauma she’s endured, and becomes determined to wreak revenge on Michaelson, Talmadge turns unlikely hero, ready to sacrifice his freedom to save her. But no miracles occur, as Coplin refuses to sentimentalize. Instead, she demonstrates that courage and compassion can transform unremarkable lives and redeem damaged souls. In the end, “three graves [lie] side by side,” yet this eloquent, moving novel concludes on a note of affirmation. Agent: Bill Clegg, WME Entertainment. (Sept.)
close
Details