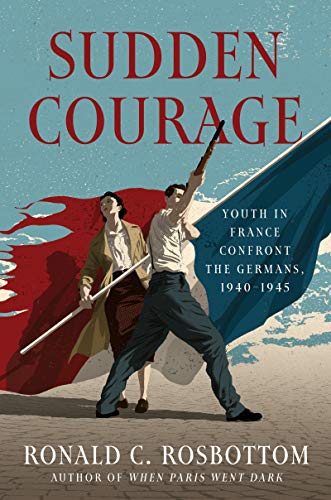 In this captivating history, historian Rosbottom (When Paris Went Dark) unearths the large and small acts of political resistance to the Nazi occupation carried out by hundreds of French people under the age of 21. As he recounts, German armies marched into France on June 14, 1940, and eight days later, France signed an agreement accepting a Nazi occupation that would last almost five years. Many French citizens returned to their everyday lives as best they could. But some young people, whether in resistance organization or pre-existing groups like the Jewish boy scouts, worked against the Vichy government. Drawing on letters, diaries, and recorded interviews of survivors, Rosbottom details how these youth went from classes and homework to forging documents and stealing Nazi secrets. For their acts, many were sent to prison camps, shot, or executed by beheading. In recounting their stories, Rosbottom ponders the question of “what constitutes resistance in a police state,” concluding that it could mean everything from yelling “Viva la France” in a crowded movie theater during a German propaganda film to riding a bicycle for miles through the countryside to deliver secret messages. This is a moving chronicle of youthful courage and sacrifice. Agent: Geri Thoma, Writers House. (Aug.)

Correction: An earlier version of this review incorrectly referred to the book author's last name as Robinson.