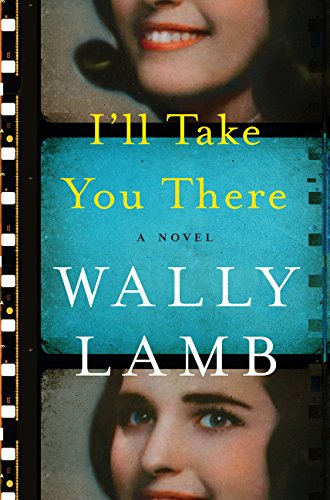 I’ll Take You There

Not long after film scholar Felix Funicello turns 60, a very strange thing starts happening. At the empty theater in New York City where he normally shows classic movies to his film group, two ghosts show up instead, with reels of their own. The “movies” they show Felix are of his own childhood, which he not only watches but also literally reenters, experiencing a kind of dual awareness of the present and his memories of the past, primarily the fights between his two older sisters. The ghosts in charge are women who were silent film–era heroines, including Lois Weber, an actress and eventual powerhouse director. While it’s clear that Lamb (We Are Water) intended this framework as a kind of celebration or heralding of unsung women, the setup feels not like illuminating magical realism but simply like far too much of a stretch. When he’s not hanging out with ghosts, Felix is the encouraging father of Aliza, his adult daughter trying to make a name for herself as a journalist in present-day New York City. With both humans and the supernatural, Felix’s relationships feel forced, awkward, and unlikely, in no small part because of his trite, preachy wisdom: “Bad things can happen to good people. Bad people do sometimes thrive and get away with terrible transgressions.” However, nearly 200 pages in, Felix watches the “movie” of the story of his sister Frances, who was adopted in the early 1950s, a few years before Felix was born. Frances’s birth mother, Verna, was 17 years old and married to a man in the Merchant Marines who was oversees when she became pregnant by Felix’s uncle. After giving birth to Frances, alone and prematurely in a hotel bathroom, she died. Verna’s story makes up the bitter, believable, and well-told last third of the book, raising the question why Lamb didn’t chuck the ghost and movie shtick, along with Felix’s corny narration, to simply write about three generations of the Funicello family. [em](Nov.) [/em]
close
Details