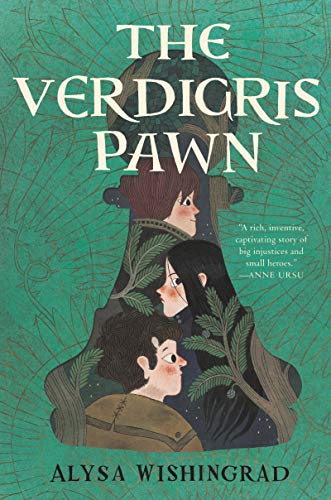 Wishingrad explores the nature of privilege and the dangers of generational bias in this fantastical middle grade debut with a game at its center. All his life, 13-year-old Beau, progeny of gray-eyed Himself, has failed to live up to the expectations of his cruel, oligarchical father. Though Beau has been tasked with following in Himself’s footsteps, ruling the Land from the Manor, he’s neither aggressive like his father nor a magical charmer like his deceased mother—an inclination that would allow him to cure the fever that’s ravaging the countryside. After his tutor dies from that plague, a chance encounter with nursemaid’s assistant Cressi opens Beau’s eyes to the inequality and systemic abuse of his family’s reign, including Mastery House, which churns out child laborers for the most dangerous, least desirable tasks. Determined to right these wrongs and face the inaccuracies of his education, Beau flees the Manor. While Cressi is confined there, attempting to master her own strange abilities, Beau, accompanied by 13-year-old orphan Nate, a Mastery House runaway, journeys into the Land’s most dangerous reaches to foment rebellion. Though a fictional chess-like game informs much of the narrative structure, its strategy paralleling character dynamics and plot, details about its rules and gameplay are lacking, robbing it of its full weight. Nevertheless, Wishingrad’s cued-white characters are engaging and well-rounded, helping to propel the story. Ages 8–12. [em]Agent: Victoria Marini, Irene Goodman Literary. (July) [/em]
close
Details