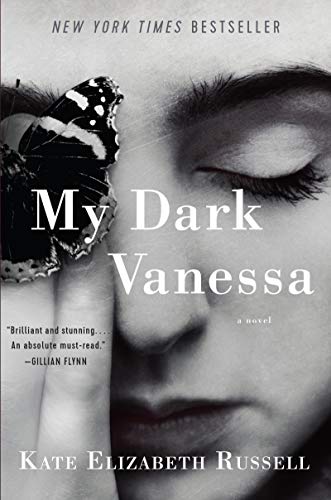 Russell offers readers an introspective narrative that fully captures the complexity and necessity of the #MeToo movement in her powerful debut. In the year 2000, Vanessa Wye is a lonely sophomore at Maine’s Browick boarding school. The academically gifted 15-year-old professes not to mind her solitude, especially when her 42-year-old English teacher, Jacob Strane, begins to pay attention to her, remarking on her red hair and fashion sense, and lending her some of his favorite books—including Nabokov’s Lolita. Almost before Vanessa realizes what’s happening, the two have embarked on a sexual relationship, and Vanessa is convinced she’s been singled out as someone truly special—until, under threat of exposure, their relationship begins to go off the rails. Seventeen years later, Vanessa is still occasionally in contact with Jacob, but their relationship has grown tense, as another former student has gone public about his inappropriate advances. Russell’s novel, alternating between past and present, presents a damning indictment of sexual predation, as she starkly elucidates the ways in which abuse robbed Vanessa not only of her childhood but also of her own once-promising future. It also prompts readers to interrogate their own assumptions about victimhood, consent, and agency. This is a frighteningly sharp debut. [em]Agent: Hillary Jacobson, ICM Partners. (Mar.) [/em]
close
Details