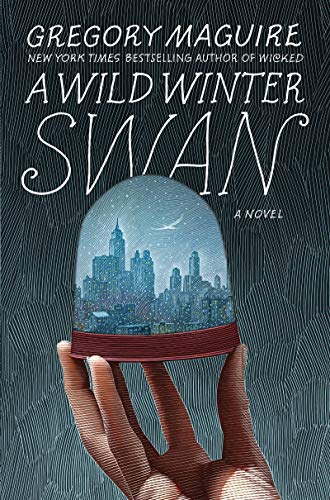 Maguire (Wicked) continues his fabulist fairy tale remixes with this enchanting story, which draws inspiration from the Hans Christian Andersen tale “The Wild Swans.” In the original, a sister saves her seven brothers from the curse of living as swans by sewing them magical shirts; one brother’s shirt isn’t quite finished, and he ends up with a swan wing instead of an arm. Maguire brings this tale to New York City in 1962, where 15-year-old Laura Ciardi is preparing for an important Christmas Eve dinner in the brownstone where she lives with her Italian immigrant grandparents. Between troubles at school, the looming dread of attending a new boarding school in Canada, the expectations of her grandparents, and worries about her absent mother, Laura doesn’t really have time to deal with the boy who crash lands in her bedroom with one huge swan wing for a left arm. But this new challenge turns out to be exactly what Laura needs to find courage to begin moving forward in her own life. Maguire parallels the swan boy’s story of brokenness to Laura’s own struggles overcoming class and cultural differences. Fans of Maguire’s retellings will love this simple, elegant story. (Oct.)

Correction: The publisher listed on a previous version of this review was incorrect.